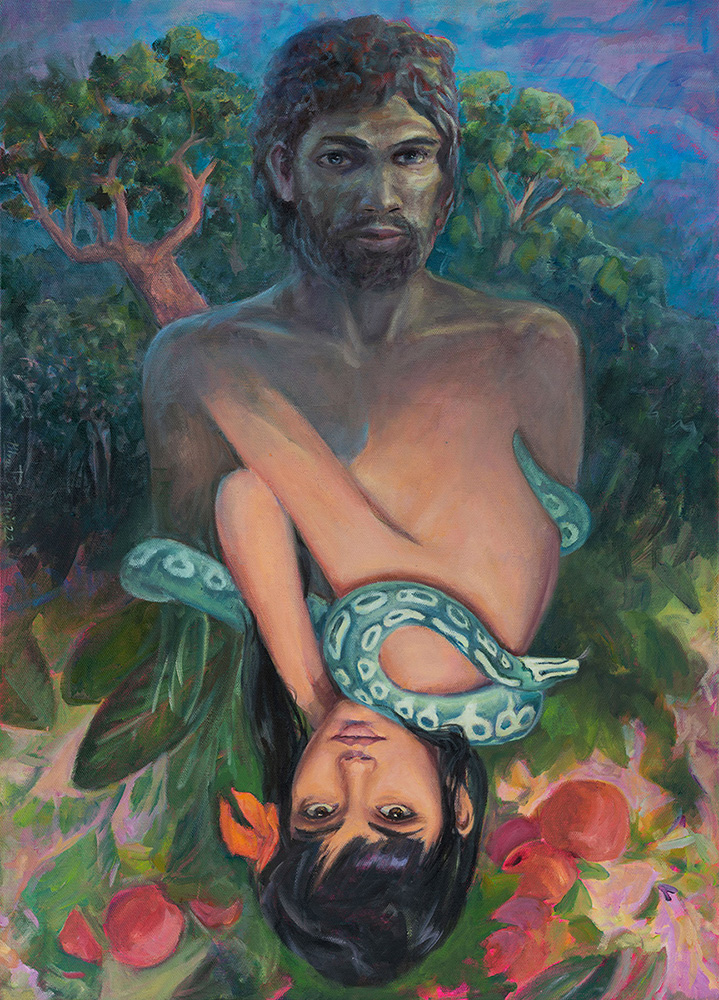 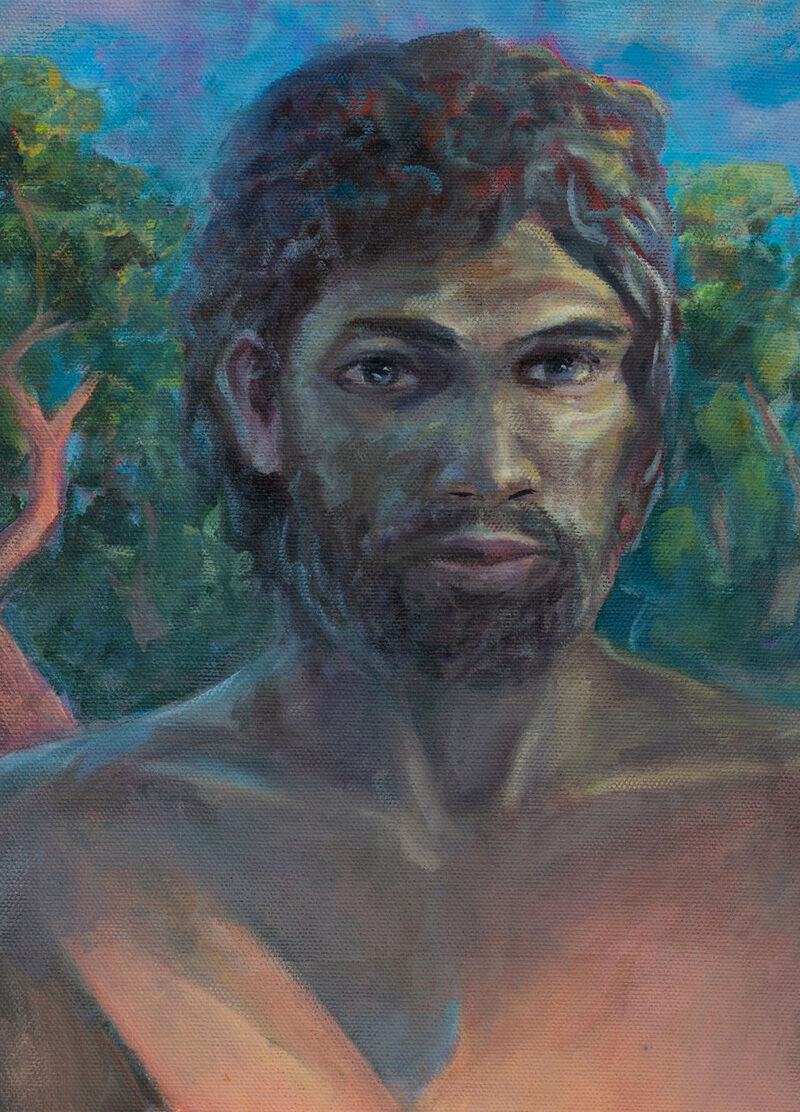 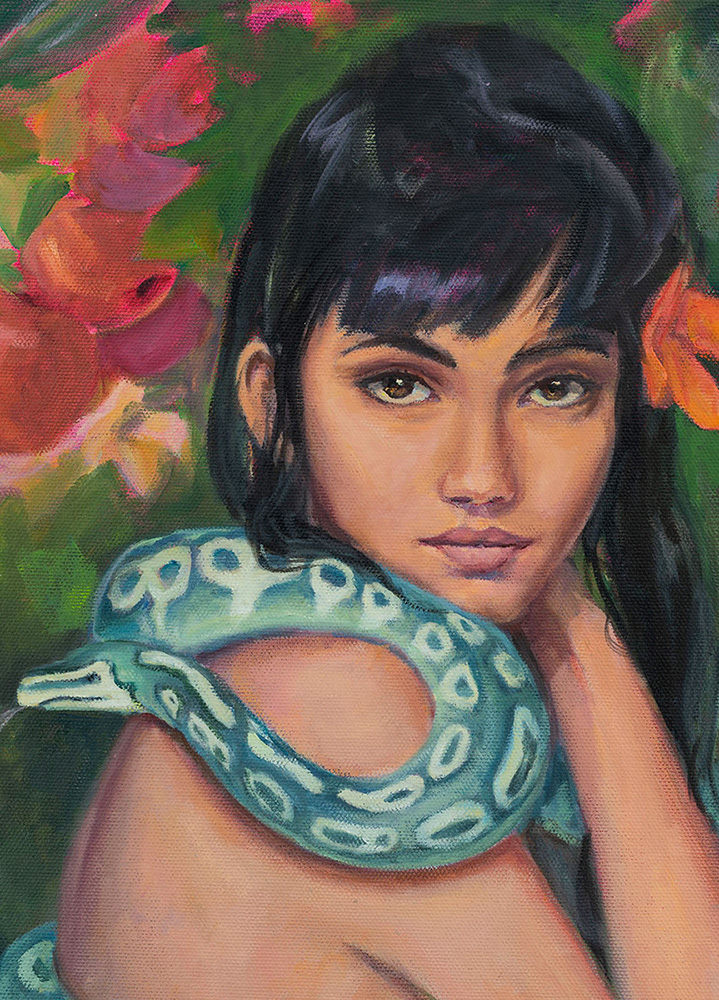 According to the biblical myth Adam was the first man, however he was very different from contemporary man, without worries and a sense of sin he lived his first years in the earthly paradise. I imagine him primitive and closer to animals than to modern man, it was only after Eve brought him to eat "the apple" that man, as we understand him today, appeared in this world, we can therefore say that the first man has been Eve !

This is the concept behind this painting but I also wanted to represent the bond and the duality between the masculine and the feminine. Woman and Man are different but complementary, deeply connected, so I painted them as the extremity of the same body that has two upper sides and no lower side, adding then the aspects that are typically matched with the two sexes: beauty and strength, tree and fruit, earth and sky

Would you hang the painting with Eve on the top side or Adam ? 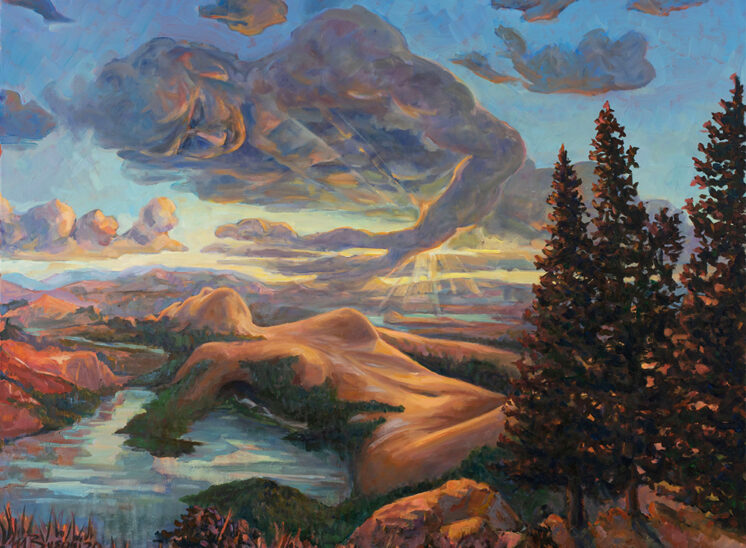 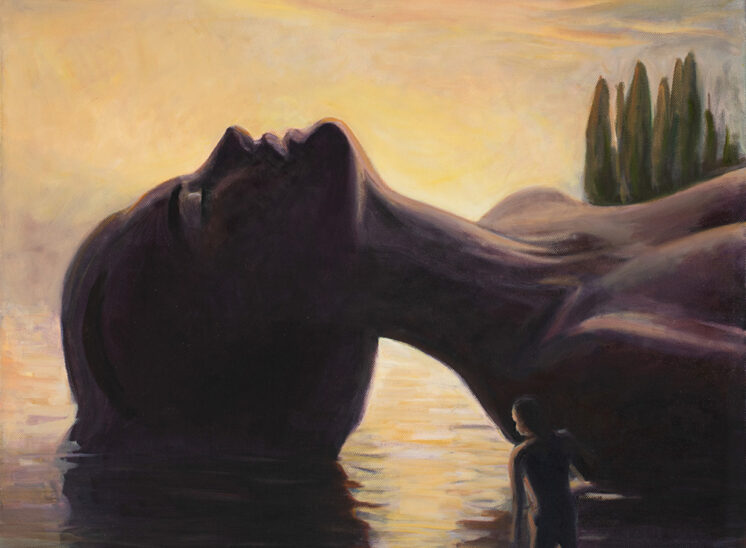 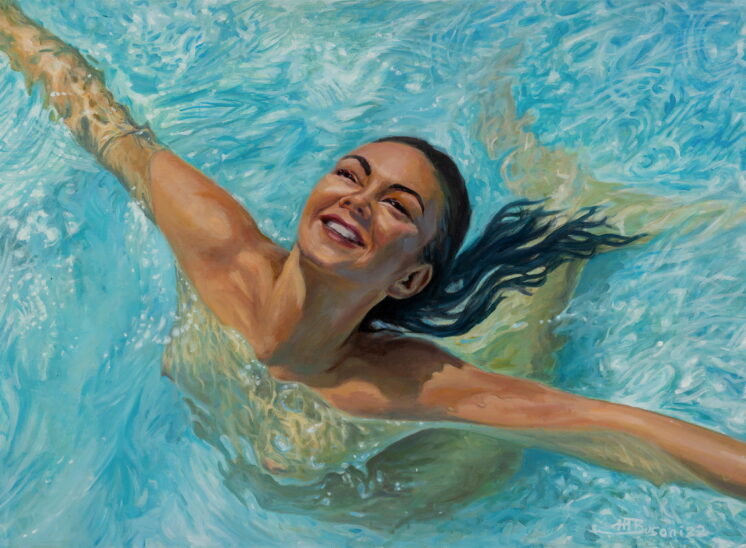 The daughter of the sea 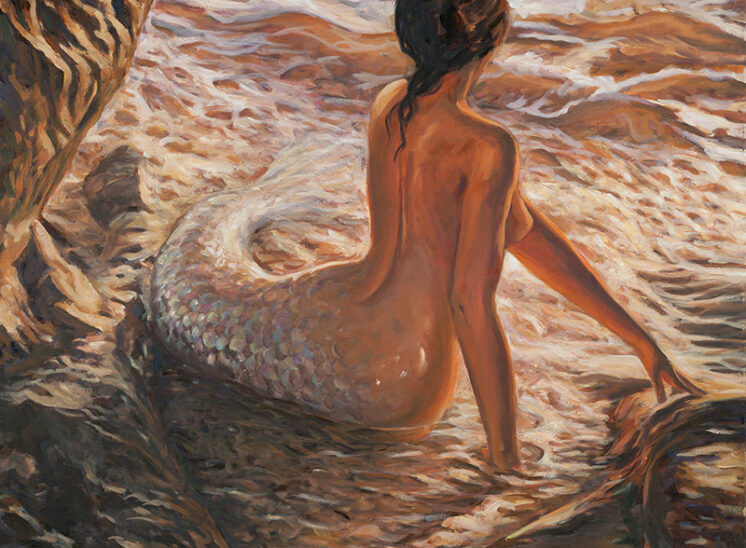 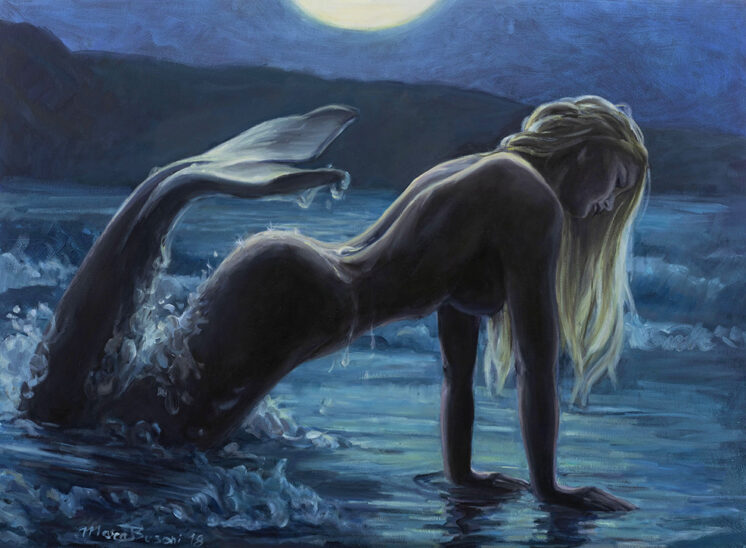 Born from the waves 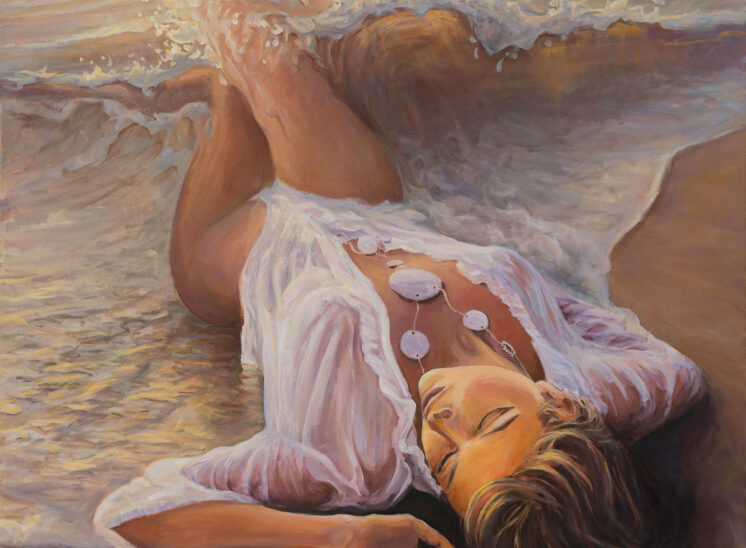 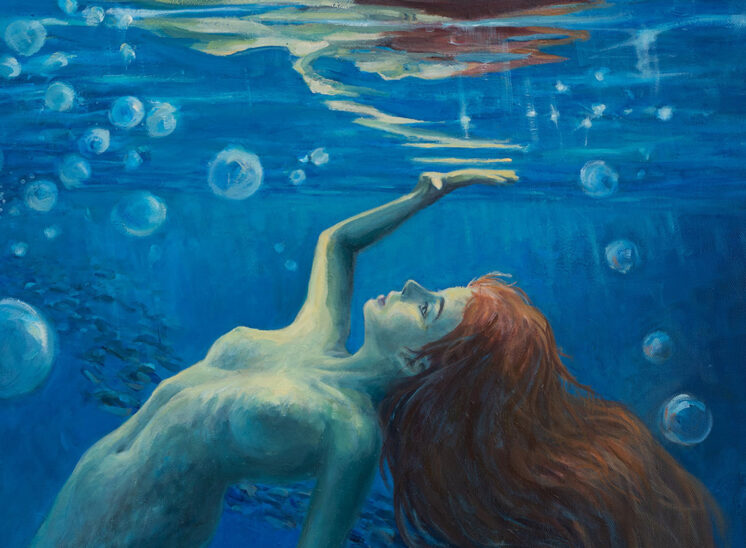 Meeting on the beach 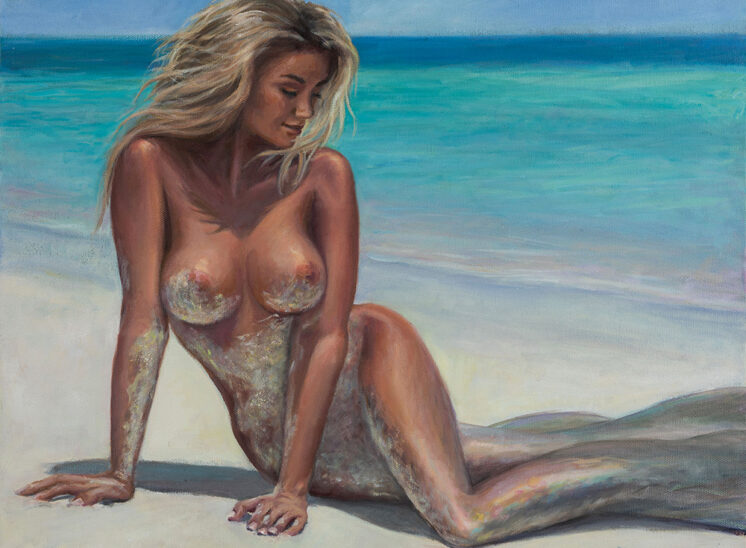 Mermaid in the moonlight 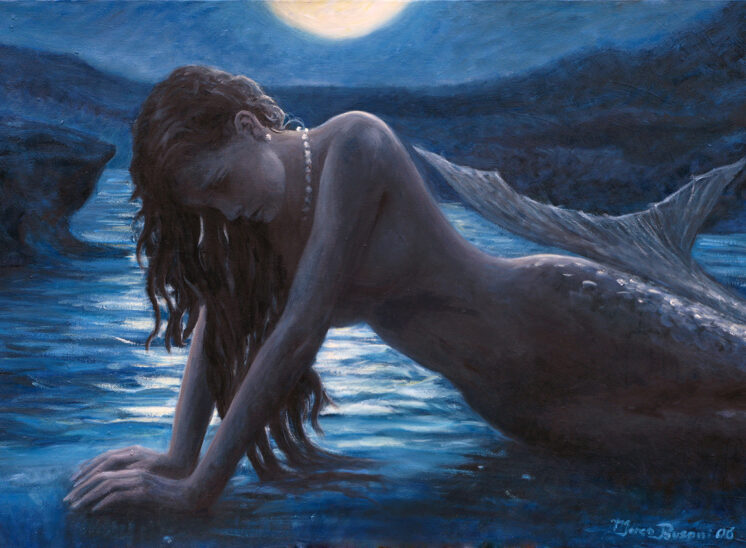 A mermaid in the sunset 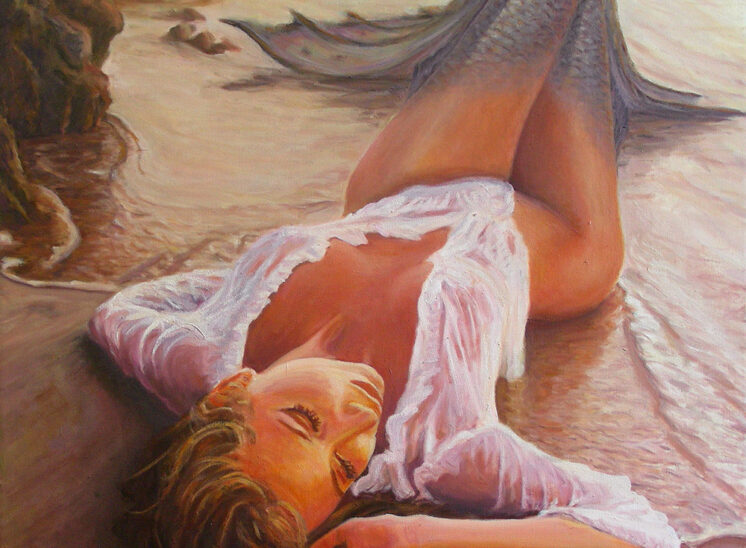